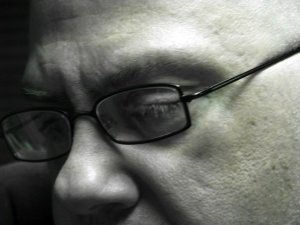 From the poem, “The Demolition of the Brooklyn Union Gas Tanks in Greenpoint, NY”:

“…In an instant, all
is reduced to rubble.

He recalls the
postcard panoramic
view from the top:

how the City, Brooklyn,
Queens look linked as though
kidnapped by one another…”

Sal Treppiedi was born in Brooklyn and has lived in Albuquerque, NM, since 1996. In 2008, he published his first book, Random Thoughts of An Obese Mind. In Summer of 2010, he will release his second chapbook, For What It’s Worth. He is the founder of VE=NT (Voices Emerging=New Thunder), the Middle School poetry slam. Sal Treppiedi has been a teacher for 17 years. The first fifteen were spent in middle school. He is married to Debbie and has one daughter, Calle, a stepdaughter, Leah, and two cats, Scrappy and Ryoko.

You can find him here: www.burquepoet.wordpress.com, or on Facebook, or request more information on Sal from the guild.

Back to ABQ Poets